'Corn dollies have a traditional significance and place in our craft history, originally representing a ritual propitiation of the gods for fine weather, prosperity, fertility and the supply of seed for next year’s harvest. It is a theme that has a parallel in every European country.'(A Golden Dolly, 1973)

A few years ago I entered a corn dolly in our local Horticultural show and was surprised that some people did not know what it was. I learnt how to make corn dollies as a child and in recent years I have done displays and demonstrations at craft fairs. I have noticed that children in particular are attracted to the plaited straw shapes. In answer to the many questions that children have asked I decided to write a fairy story which explains what corn dollies are and why they were made. The story also tells people where their breakfast cereals come from.

Cereals and corn may sound like a boring subject but they enabled humans to evolve from being nomadic hunter-gatherer’s to become farmers living in one place. The early civilisations of the world grew up around cereal production. The ancient Egyptians, for example were able to produce a surplus to sustain them through the years when the harvest was poor. Egypt later became the ‘bread basket’ of Rome the citizens of the city each receiving their weekly grain dole.

Today cereals are traded globally and play a significant role in the economies of the world, rice, wheat and maize being the major crops. Cereals form the foundations of the worlds diet providing staples such as bread and rice. Without cereals the populations of the modern world  would not survive. Our dependence on cereal crops was highlighted during lockdown when shops were selling out of items such as flour, pasta and rice.

Pre-Christian societies realised how vital cereal crops were for their existence. Over time different spiritual traditions developed all over the world which people believed would ensure a successful harvest. In Europe these traditions can still be found today in the form of the corn dolly. I remember our local chapel being decorated with corn dollies at the harvest festival and everyone singing the harvest hymn ‘We plough the fields and scatter’.

The simplest of all corn dollies is known as the Countryman’s Favour. Three or more straws can be used. 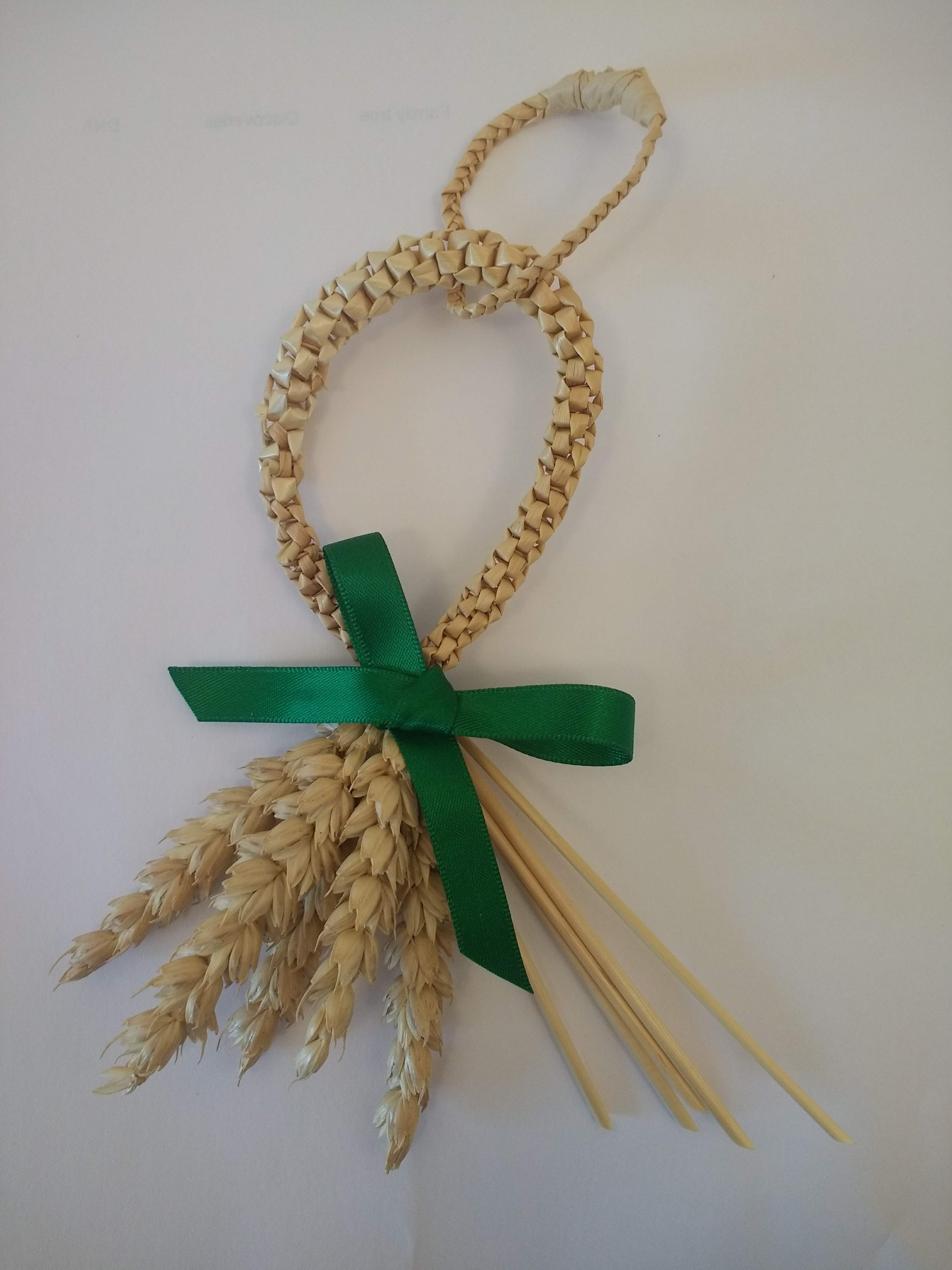 Yet even straw can sturdy be

And in the days of long ago

To help the seeds once more to grow

I was an offering to the gods.

Of asking them to intercede

That barn and granary o’erflow

At harvest time, with fruit and corn